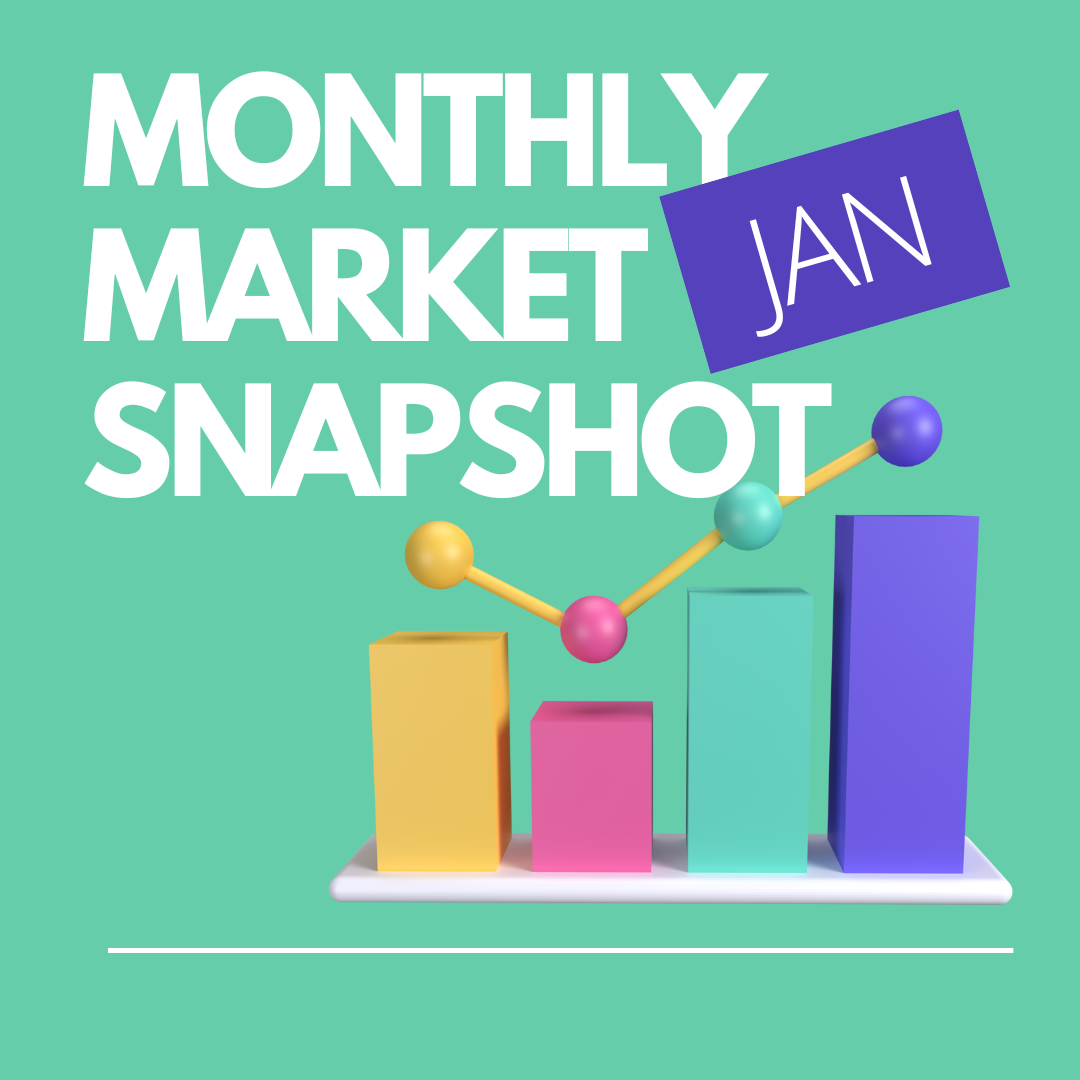 Equity markets tumbled in December to finish off a painful year for stocks. The Nasdaq Composite, the S&P 500, and the Dow all posted their worst calendar year returns since 2008. Notably, the Nasdaq muddled through its fourth consecutive negative quarter for the first time since 2001. 2022 was also the worst year for the FTSE Canada Universe Bond Index since its inception, as it shed about 12%. Sticky inflation, aggressive rate hikes from the Federal Reserve, and geopolitical concerns weighed on investor sentiment throughout the year, spurring recession fears.

Canada’s benchmark S&P/TSX Composite Index was 5.2% lower in December, but the index ended the fourth quarter 5.1% higher. Nine of the benchmark’s underlying sectors were positive during the quarter, led by a 12.5% gain for information technology. The health care sector was the main detractor for the quarter, with a decline of 11.3%. Small-cap stocks, as measured by the S&P/TSX Small Cap Index, gained 7.8% for the quarter.

The U.S. dollar depreciated by 2.0% versus the loonie during the quarter, slightly dampening the returns of foreign markets from a Canadian investor’s standpoint. Note that all returns in this paragraph are in CAD terms. U.S.-based stocks, as measured by the S&P 500 Index, fell 5.9% in December, but finished the quarter 5.1% higher. The benchmark’s topperforming sectors for the quarter were energy, industrials and materials, with respective gains of 19.4%, 16.5% and 12.3%. Consumer discretionary and telecommunication services were the only sectors in the red during the quarter, falling 12.1% and 3.4%, respectively. International stocks, as measured by the FTSE Developed ex US Index, advanced 13.8% during the quarter, while emerging markets rose 6.1%.

Inflation in Canada edged down to 6.8% year-over-year in November. The Canadian economy added 10,000 jobs in November, as the nation’s unemployment rate fell to 5.1%. The Bank of Canada raised its benchmark interest rate by 50 basis points and signaled that a pause in rate hikes could be coming.

U.S. nonfarm payrolls increased by 263,000 in November, as the unemployment rate was unchanged at 3.7%. The consumer price index increased 7.1% year-over-year in November. The slowing inflation rate was due in large part to a 2% decline in gasoline prices from a month ago. U.S. retail sales in November declined by 0.6%. In the final FOMC meeting of 2022, the Federal Reserve raised its benchmark rate half a percentage point to a range of 4.25% to 4.50%, its highest level in 15 years. 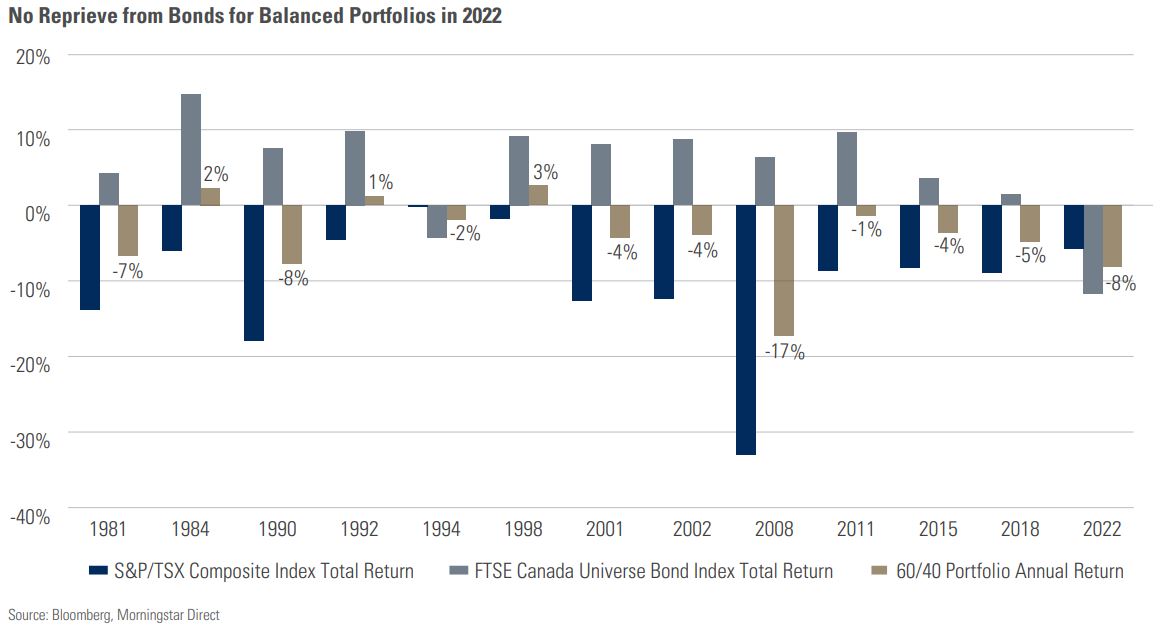 The classic balanced portfolio has a 60% allocation to stocks and a 40% allocation to bonds. The bond allocation is designed to act as a cushion when times get tough for stocks, as the typical market dynamic is that investors flock to bonds when the market sells off. Usually. This did not happen in 2022, as the bond market had perhaps its worst year ever. We looked at the performance of the Canadian stock and bond markets going back close to 1980 and identified 13 years in which the stock market was lower. In every year except for two, bonds did their job and cushioned returns by posting positive performance. (Outside of 2022, the only year where bonds were not helpful was 1994. But stocks were only down 0.2% that year). For evidence of just how much of an outlier 2022 was for the 60/40 portfolio, consider that stocks were lower by 6% while the decline in bonds was twice that. Such a dynamic has historically been unheard of. Uncertainty abounds for the economy and the stock market as we move into 2023 (when doesn’t it?) but we’d argue that the conditions that led to the huge slide in bond prices last year are unlikely to persist. Rates could continue to creep higher, but not to the same degree as last year. And if they do, there is a bit of a helpful yield buffer in place. If it turns out that aggressive rate hikes push the economy into a slowdown and the stock market suffers as a result, it would make sense that investors would seek refuge in bonds, restoring the normal relationship between stocks and bonds in a 60/40 portfolio.